It’s no secret that Aurora knows how to put on an incredible Independence Day celebration. Thanks to the dedication and hard work of the all-volunteer The Church in Aurora flag carriers who marched in the parade with the Stars & Stripes that are large enough to fill up most of the church’s sanctuary! Additional thanks to those who helped host our open house, which hosted a couple hundred visitors for bathrooms and water.

It will be no surprise that The Church in Aurora won “Most Patriotic” – again!

The community’s Fourth of July traditions started on July 3rd with a Drive-in Movie Night and began early July 4th with a Fun Run followed by Parade, Festival and Fireworks. The Church in Aurora opened their doors to the community during the Fourth of July celebration.

Welcome to The Church in Aurora! We respect and encourage all Christian faith traditions. We strive for unity in mission, while practicing grace in our theological differences. We give each member permission to “follow the word of God according to the dictates of their own consciences.”

JOIN US THIS WEEK

In person and online worship Sundays at 10am.

We’re located in the heart of Aurora, Ohio – at the intersection of Routes 43 and 306, next door to the Aurora City Hall. 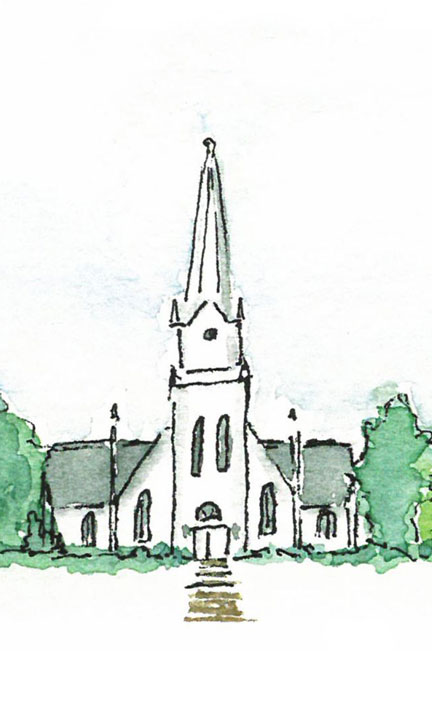